You are here: Home / Library / Trails and Summits of the Adirondacks 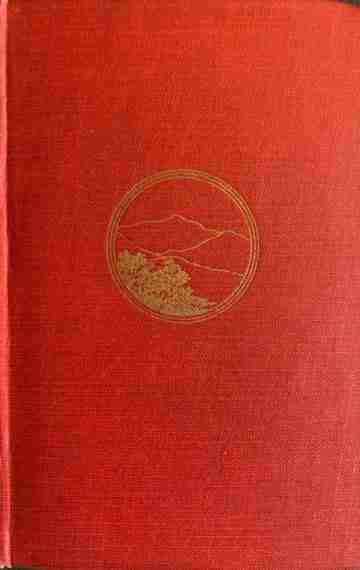 In 1928 Walter Collins O’Kane (1877-1973), an entomology professor at the University of New Hampshire and a prolific writer, published Trails and Summits of the Adirondacks, the first comprehensive trail guide for the Adirondack Mountains. In addition to his work on the Adirondacks, O’Kane authored three other comprehensive guides to the mountain ranges of the Northeast: Trails and Summits of the White Mountains (1925), Trails and Summits of the Green Mountains (1926), and The Long Trail of the Green Mountain Club (1930). O’Kane’s interest in mountain recreation during the late 1920s and early 1930s extended to promotional and skill-related materials for The New England Trail Conference, Following a Mountain Trail (Publication No. 15, 1926) and The Green Mountain Club, Food and Cooking on the Long Trail (1933).

Unlike the Marshall and Wickham texts which are memoir in style and scope, O’Kane’s work is deliberately comprehensive, reflecting the ethics and philosophy of the era, and offers more than the location of trailheads, routes, and distances.

This book, like those that have preceded it, has been written with a dual purpose in mind; to describe the trails and the lay of the land so fully that the tramper may have no concern as to his whereabouts; and to include whatever of history, of description of view, or of other fact by the way, will contribute to enjoyment of a climb.

O’Kane’s guide is a primer for the informed hiker, describing in the topography of the region, the natural forces that affected the landscape, specifically the ice ages, early exploration of the region by Champlain and others, the Emmons party, the Colvin Survey and creation of the Forest Preserve, and finally a history of trail building and development. Only after thoroughly educating his reader does O’Kane delve into the nuts and bolts of climbing the mountains, where they are, how to get there, what the climb is like, and the view one can attain from the summit.

Unlike the Marshalls and Wickham who focused on the high peaks, O’Kane takes his readers through a broader range of summits, and excludes untrailed summits altogether, although many are mentioned in describing various regions and ranges. O’Kane includes the major high peaks with trails at the time, Marcy, MacIntyre (Algonquin today), Skylight, Whiteface, Colden, the Great Range (Haystack, Basin, Saddleback, and Gothics), Dix, Giant, Big Slide, Colvin (and scenic Indian Head), Cascade and Santanoni (it was rough but Santanoni had a trail to its summit in the ’20s as it does today). Added to the high peaks list are trailed lesser summits like Pitchoff and Noonmark, and Hurricane, and expanding beyond the immediate high peaks region to Poke-O-Moonshine, Ampersand, Gore, Crane, Vanderwhacker, Snowy, Saint Regin, Bald, Blue, Black and Pharaoh. All told, O’Kane provides trail descriptions for 35 trailed summits offering his reader a broad and sweeping selection of mountain experiences.

Although O’Kane makes no mention of the Marshalls and Clark or the list of 46 high peaks, his guide was a primary resource for the early 46ers and his assessment of the difficult Trap Dyke route to Colden wove itself into 46er lore as one of Grace’s favorite mountain tales.

Experienced climbers often ascend Mount Colden by way of the big dyke that is a prominent feature of the mountain on the side toward Avalanche Lake. This route is not to be attempted except by those who are thoroughly skilled in such climbing (emphasis added).

In 1934, Grace was adventuring with two of the young Grace Methodist Church School climbers, Clarence Craver (46er #15) and Louise Goark (46er #13). The trio made the gutsy choice to descend Colden by the Trap Dyke on route to the MacIntyres, much of it apparently done by the seat of their pants so to speak. While resting on Algonquin and surveying their descent route, another climber approached and in the course of their discussion scoffed at the idea that such inexperienced climbers should consider the route, invoking O’Kane’s admonition that only experienced climbers would consider ascending it. Grace, in her characteristic nonchalant fashion, responded that they had in fact descending the route and had ready proof, offering the holes in the seat of Louise’s trousers as evidence. The story is captured for posterity in the CD recordings made by the 46ers, Mountain Tales by Grace (2001).

O’Kane’s guide, long out of print, is difficult to find and expensive to acquire. It too is being considered for update and republication in 2028 as part of the Centennial Series.